Engaging Speakers and a Celebration of the New Year

CFAA successfully held its Annual Chinese New Year Reception on February 23rd, 2011 at the Union League Club of Chicago. The event’s featured speakers, Dr. Peng Chen, President of Morningstar’s Global Investment Division, and Mr. Tom Bieke, Chief Credit Officer of The PrivateBank, gave interesting and insightful speeches. The Deputy Consul General Mr. Chu Maoming of the People’s Republic of China in Chicago also attended the Reception and expressed a warm wish to CFAA and its members for a prosperous and healthy new year of Rabbit. There were over seventy people in attendance from various professional backgrounds and enjoyed a fun and informative event. 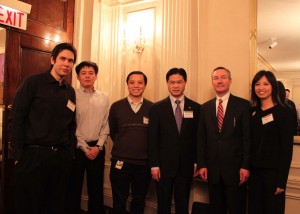 Vivian Lin, President of CFAA, made the welcome speech and provided an overview of CFAA’s rapid growth since inception and its future plans. She also announced the winner of CFAA 2010 Member of the Year award, Mr. Yang Xu, an active CFAA member who had the best attendance at CFAA events in 2010. 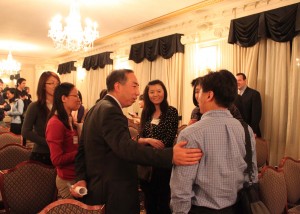 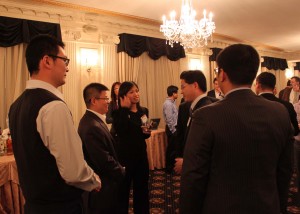 Following Vivian’s welcome remarks and a brief introduction by CFAA Event Committee Co-Chair Larry Cao, Dr. Peng Chen delivered a speech on the topic of globalization and financial markets in the post-crisis world. Dr. Peng Chen, who joined Ibbotson Associates, a division of Morningstar in 1997, was deftly able to utilize his extensive experience and knowledge of asset allocation and portfolio theory to elaborate on his views on global investment and economic trends, as well as the rapid growth of China’s economy in the past decade. He expressed his confidence in the resilience of China’s economy, as well as the government’s ability to manage the looming issues in China such as an overheated property market and potentially high inflation. He also encouraged those who are interested in a career in the Chinese finance industry to continue the pursuit given the high growth and demand of the financial market in China. 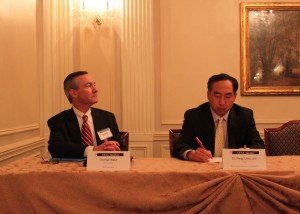 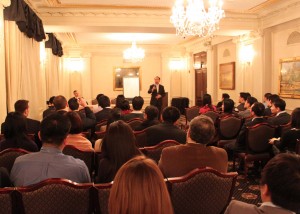 Afterwards, Mr. Tom Bieke presented to the audience a comprehensive and insightful speech about the evolution of the US banking industry, the impact of the recent financial crisis, as well as the industry outlook. Mr. Bieke pointed out that the US banking industry will continue its consolidation trend albeit with increased regulations. The loose lending standards in the 2005-2007 leading up to the credit crisis will not repeat although most banks have become more willing to lend in recent quarters. There will be more banks reporting financial difficulties in 2011 and onward, yet most banks’ capital bases are getting stronger with resumed loan growth. During his speech, Mr. Bieke was highly interactive with the audience and provided them with a highly informative and dynamic presentation. 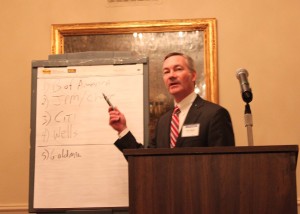 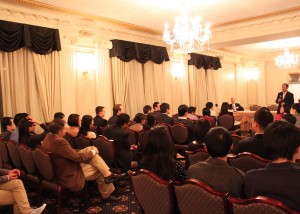 Both speakers’ presentations attracted strong interest and many good questions from the audience during and after the speeches.

After the conclusion of the formal program of the reception, many attendees stayed to speak to the speakers and among each other. The feedback to the reception was widely positive as a lot of attendees found the speakers very knowledgeable, the presentations highly interesting, and the reception very fun and value-added with a good opportunity to network with other finance professionals both socially and professionally.