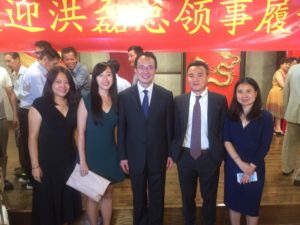 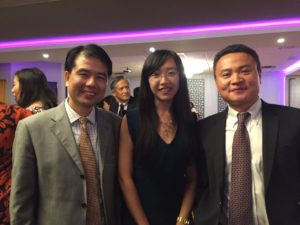 CFAA (Chinese Finance Association of America) would like to warmly welcome Mr. HONG Lei, the new Consul General of the People’s Republic of China to assume his office in Chicago from July 22, 2016. On the evening of August 6th, David Tang, the Vice President of the CFAA and Summer Liu, the Secretary of the CFAA Board joined a welcome dinner hosted by the CAAGC (Chinese American Association of Greater Chicago) in Chicago Chinatown. Nearly 500 people participated in this event. In his speech, Consul General Hong Lei mentioned that since he took office, he’s met with the governor of the state, the mayor, as well as representatives from the education and the business industry. They all show great support to the development of China-U.S. relations.